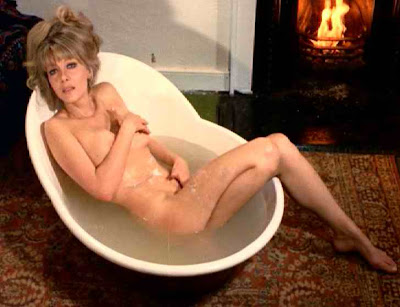 News has come from the BBC that actress Ingrid Pitt has died at the age of 73. Ms. Pitt was a holocaust survivor who spent three years in a concentration camp and went on to have a successful career as a film actress. 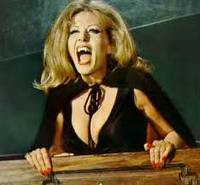 Horror fans have loved Ms. Pitt for her roles in some of the finest Hammer Horror films, including Countess Dracula, The House that Dripped Blood and The Vampire Lovers. Ingrid was a well-loved icon among horror film fans and maintained a delightful website for fans devoted to her horror roles. A great interview with Ingrid about her roles in vampire films appeared on Amanda Norman's horror photography website in 2009.

But pagan movie-lovers will more likely remember her for her role as the seductive and devious librarian who helps to trap and prepare Sargeant Howie for his untimely end. Born in Poland, Miss Pitt's exotic accent lent an added air of mystery to her character (although unlike her co-star Britt Eklund, Miss Pitt's dialogue was not dubbed).

The Den of Geek website features a funny and insightful guest column by Ingrid following her participation in a documentary about filmmaking in Scotland. Ms. Pitt was a gracious and accomodating performer when it came to her fans, willing to participate in interviews and fan events over the years. She is also interviewed at length for her work in The Wicker Man in the documentary accompanying the extended DVD release, The Wicker Man Enigma. 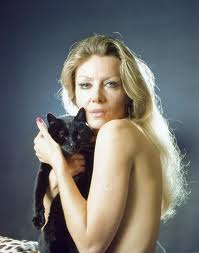 Ingrid Pitt was also a prolific author, with more than ten books to her credit, and was briefly involved in writing scripts for the British television program Doctor Who. Her books included The Ingrid Pitt Bedside Companion for Vampire Lovers (1998), The Autobiography of Ingrid Pitt: Life's a Scream (1999) and The Ingrid Pitt Book of Murder, Torture and Depravity (2000).

This beautiful and classy actress brought decades of joy and fascination to legions of horror fans, and she will be dearly missed.
Posted by Peg at 10:24 AM