American Gods Shapes Up to be...Good? 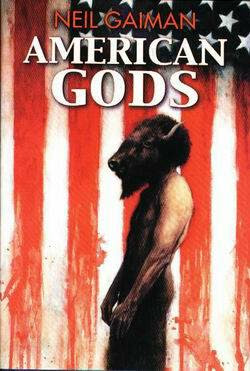 The announcement a few weeks ago that this adaptation of Neil Gaiman's best-selling novel (about gods from the "old world" who send their avatars to America to foment a revolution to revitalize their potential devotees) would be directed by a "genius" filmmaker who has won "many many Oscars" (Gaiman's words) was exciting but confusing. You see, not very many directors have won more than one or two Oscars. And we were so hoping it wouldn't be Spielberg. But maybe for Gaiman, "winning" is the same as "nominating" which leaves a lot more directors in the running. Certainly Scorcese would be a very interesting choice. As would Guillermo del Toro. Peter Jackson is a possibility. So is Ron Howard (nothing again the man, but he would probably fail to capture this book's black humor and dark sensibility). Then there's...Clint Eastwood? You know, I could see that. Eastwood's recent foray into the metaphysical with Hereafter might just signal his ability to approach a multi-faceted fantastical story like this.

But news today from the Indiewire blog reveals that the Director of Photography for this HBO film will be none other than the award-winning cinematographer Robert Richardson, a collaborator with Martin Scorcese and Quentin Tarantino, who has photographed such beautiful films as Shutter Island, Kill Bill, Inglorious Basterds, and who won Oscars for his work on Oliver Stone's JFK and Scorcese's The Aviator.

No news yet on who will be directing, or the cast. But if you want a shot at being chosen to read the multi-voiced audio book version in the works, check this out.
Posted by Peg at 7:02 AM