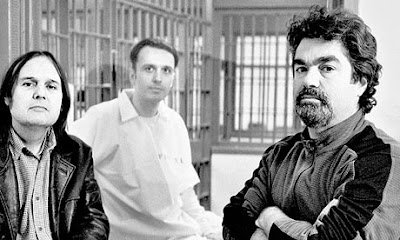 Filmmakers Joe Berlinger and Bruce Sinofsky didn't know, when they started filming the documentary Paradise Lost 3: Purgatory, that after they'd finished editing and submitted the film to festivals, that the story of Damien, Jason and Jessie would, after eighteen long years, suddenly take a dramatic turn. Purgatory is that place where people are stuck, suspended, between this world and the next, and given the biblical allusions in the titles of the first two films about the West Memphis Three, Paradise Lost and Revelations, this seemed like an appropriate if pessimistic title. 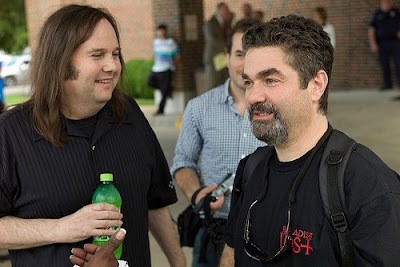 After the film had already been accepted to at least two very high profile film festivals, in Toronto (where the film aired this past weekend) and New York, the three young men were unexpectedly released from prison, in a strange and, some say, insultingly-unfair deal that made admitting their guilt a condition of their release, thereby protecting the state of Arkansas from any legal action.

Now, a re-edited version is being prepared for premiere at the New York Film Festival in October, as well as for limited theatrical release later this fall (so that it may qualify for Oscar consideration). HBO, who has produced and shown all three documentaries on television, will also be showing the film beginning in January 2012.

As I have said before, it is impossible to overstate how much impact these filmmakers have had on this case and on the fate of the three wrongly-imprisoned young man. Without the increased awareness that Paradise Lost: The Child Murders at Robin Hood Hills created, without their thorough and thought-provoking coverage of this story over the last eighteen years, it is extremely doubtful this happy but bittersweet ending would have occurred.

And the story is not over, so it is very likely that Joe and Bruce will continue to help document it, until justice is done for the three young boys were brutally killed in 1993.
Posted by Peg at 7:03 AM