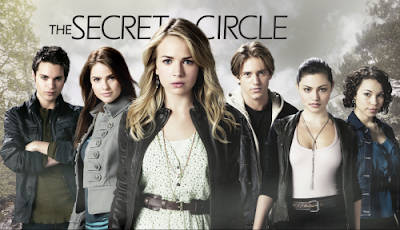 This new show about young witches premieres tonight at 9 pm EST on the CW network. The Secret Circle is the story of a young woman named Cassie (Brittany Robertson) whose mother dies in a mysterious house fire, prompting Cassie to move back to her mother's small hometown, Chance Harbor. There she meets some new friends who inform her they are witches, and that Cassie is, too. 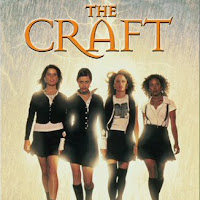 Yes, it's all VERY reminiscent of the 1996 film The Craft. Robin Tunney's character Sarah has also lost her mother, moved to a new town and met friends who helped her understand her "powers." Cassie is "the sixth" just as Sarah was "the fourth." Oh, and just like in the WB television show Charmed (which is, of course, also loosely based on The Craft), there's an old book! And the tradition of witchcraft in Chance Harbor goes back to the olden days. Oh, and if you're not familiar with the British series Hex, that one also features a young blonde college student named Cassie who discovers she is a witch. Yes, The Secret Circle would appear to be derivative of a number of things we've seen before. 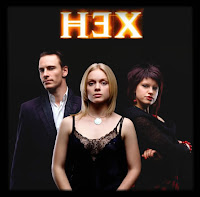 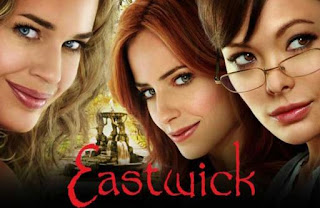 So what's new about this one? Well, there are also male witches in this group, which makes for some sexy possibilities. Instead of men being merely clueless outsiders or vengeful enemies, they're in cahoots: in The Secret Circle, witchcraft is not just for the ladies (as it was in Eastwick, the short-lived ABC series very loosely based upon the novel (and to a lesser extent the film) The Witches of Eastwick, and which I rather enjoyed for its sly humor and nod to Desperate Housewives. Of course, like Eastwick, The Secret Circle is also set in a sweet little coastal town.

Check out this video preview for a taste of what's in store. I'll be tuning in tonight, so watch for my review later! I don't have particularly high hopes for this series, but it will be interesting to see if the producers and writers decide to lift details from modern Wicca practice (as The Craft did), and how much the depiction of magic will depend upon over-the-top special effects.
Posted by Peg at 5:46 AM