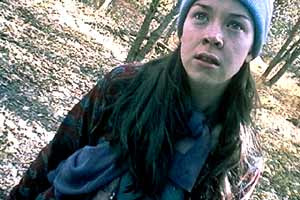 I received a short press release on this event:

The 2011 Monstermash Expo is hosting the BLAIR WITCH PROJECT REUNION at their horror convention at the Wyndham Indianapolis West Hotel on December 16th-18th! (***UPDATE November 12: The organizer has informed me that, due to medical emergency, the convention has been postponed until further notice.***)

Special guests will include original cast members Heather Donahue, Joshua Leonard and Michael Williams, along with the producers and director Eduardo Sanchez, Gregg Hale, Robin Cowie and Daniel Myrick! This is the first reunion since the 1999 premiere and, according to the organizers, "will be the only reunion they will ever do." A once in a lifetime opportunity for Blair Witch fans worldwide! To preview the other guests at this convention, check out the Monster Mash website.

One thing occurs to me...I wonder why they did not try to hold this in or near Burkittsville?

This could be a very interesting event. I have wondered why there was not a scholarly film conerence ever organized around this film, as I think it had enormous impact on the world of cinema. I mean, do you really think films like Cloverfield or Paranormal Activity or The Last Exorcism or the recent Norwegian arthouse hit Trollhunter 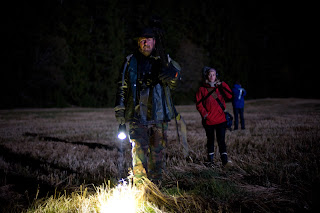 (slated for an American remake) would exist if not for The Blair Witch Project? True, the "found footage" conceit (in which the disappearances or deaths of victims are explained by video or film footage that captures the events that led to their demise) was not original to the 1999 blockbuster hit, but, really, no one had ever even heard of Cannibal Holocaust before that. The Blair Witch dudes were fans of obscure horror (their production company is called Haxan Films, after all), and they used this obsession to create something wholly new and original. They also initiated a very creative internet campaign to publicize the film before its release (it is amazing how creative people get when they don't have much money to work with; the film was made for less than $22,000 and made over $240 million. 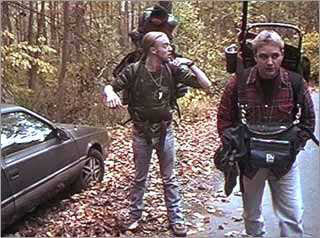 I was invited to speak at a web-based promotional event (filmed in Los Angeles) upon the release of the second Blair Witch film (Book of Shadows), (and also did a bit of script advising for co-writer and director Joe Berlinger)and sadly that film received fairly negative press. But how could any sequel live up to the phenomenon of the original?

I think a reunion is a great idea; but there is much interesting discussion and analysis yet to take place on the film; so why not a conference? Come on, scholars and film buffs: who's with me?
Posted by Peg at 5:50 AM