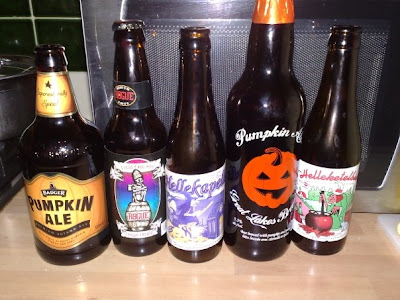 So, just when you thought it was safe to go purchase a six pack or two of your favorite naughtily-named microbrew, it turns out that the indignant complaining of some righteous witches might have had an impact on a small sector of the craft beer industry.

I've recently learned that the Lost Abbey Brewery, the source of some controversy earlier this week over their label for "Witch's Wit" wheat beer (which features a young woman being burned at the stake), has decided to respond to the angry emails directed at them by offering to create a new label for the beer, and, what's more, to host a contest for a new image! (No information on when, where or how this contest will be conducted; stay tuned!)

Considering a great deal of the pagan community's response has been fairly evenly split on this, with roughly half of them expressing negative emotions ranging from mild annoyance to impassioned outrage, and the other half wondering what all the fuss is about (and wondering why so many witches want to make it look like our community has a persecution complex), this response from Lost Abbey was somewhat surprising to me. Then again, it may help generate some publicity for their products; maybe even more than the recent flurry of media attention over the Witch's Wit label. Oddly, it's been two years since the label was first introduced. 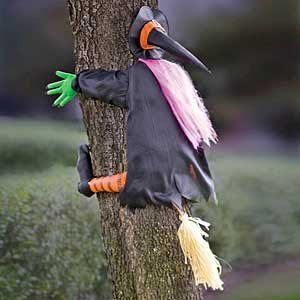 Well, congrats, angry witches. You've managed to make a small independently-owned company bow to your ludicrous campaign of whiny nonsense. So what's next? Getting involved in some environmental activism, perhaps? Cleaning up your local park? Volunteering at your local hospital or nursing home or food pantry? What's that, you say? More protesting of offensive witch imagery during the month of October? Maybe you should head on up to Salem, Massachusetts. I hear there's a whole lot of tacky stuff with witches on it for sale there.
Posted by Peg at 7:13 PM